Visit DRiVInsights.com
My Refuge House and five of its key leaders have been named the 2017 recipients of the LWF Changing the World Award for their inspired work supporting the rescue, care, and recovery of the victims of human trafficking in Cebu, Philippines. Leadership Worth Following, LLC established this award in 2009 to recognize outstanding people and organizations with unique and compelling visions for Changing the World; the Capacity, Commitment, and Character to accomplish their visions; appropriate systems of accountability; and who effectively welcome the help of others. This year’s award includes a grant of $120,000 to My Refuge House to support their ongoing mission of helping young girls impacted by human trafficking.

My Refuge House (MRH) and five leaders including Crystal Sprague, Kim Jones, Rose Ann Obenque, Omar Burdeos, and Heather Bland are receiving this year’s award. My Refuge House was founded in 2008 to provide holistic care for survivors of human trafficking. At MRH, survivors are provided with educational, spiritual, physical, emotional, and mental care and support as they seek to recover and stand on their own again. Beginning as the vision of a small church in Southern California, MRH has grown to become an extraordinary and courageous partnership of churches, the International Justice Mission (IJM), corporations, and countless individuals. Today, MRH is based on a secure campus with three cottages housing the survivors, an educational pavilion, and a central house used for meals and staff offices. MRH is also in the early stages of launching a new outreach program (iSpeak) working in the community to bring greater awareness to the scale of the human trafficking problem, and to stop it before it starts.

LWF has since served leading and aspiring companies across virtually every industry and organization size. Today, Leadership Worth Following is a premier provider of leadership development consulting and scientifically proven training and talent strategies that deliver results.

A Journey of Shared Leadership

Looking back at the incredible MRH journey, there have been many people who have collectively given birth to this effort. LWF honors five of them: 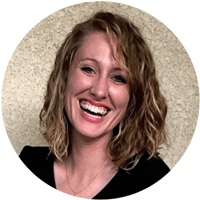 Crystal, supported by Irving Bible Church, joined MRH in 2009, shortly after its founding. She relocated to Cebu from the United States and worked as an intern-liaison between IJM and MRH. She became the Director of the first MRH home in 2010. She returned to the States, to lead the overall organization, and moved to a senior role on MRH’s Board of Directors in 2014. 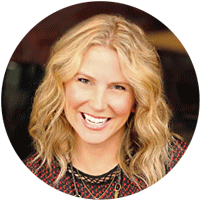 Kim joined MRH in March, 2014, and is based in Irving, Texas, USA. This is her latest personal effort to end modern day slavery and to combat the sexual exploitation of women and children. She has worked with multiple organizations with similar goals, and is currently Director of Engagements for MRH, a role that involves widely sharing the mission and message of MRH. 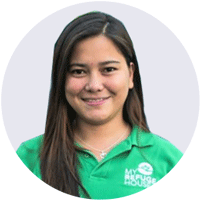 Rose Ann joined MRH in March, 2011 and is based in Cebu. Since 2014, she has served as the Director of Program Operations, one of the two top Cebu-based leadership positions, and has been a driving force in leading the current work and expanding the mission of MRH to impacting the larger community of Cebu. 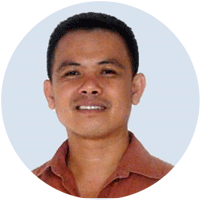 Omar joined MRH in January, 2011, and is based in Cebu. Since 2014, he has served as the Director of Administrative Operations, which is the second top Cebu-based leadership position, and has been a driving force in ensuring that MRH is well-run, and accountable to its many stakeholders. 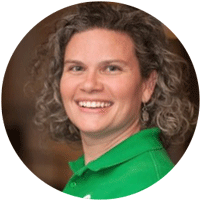 Heather joined MRH in 2015 as CEO, and is based in Los Angeles, California. She is an experienced leader and Licensed Marriage and Family Therapist whose professional philosophy is grounded in infusing hope and promoting resilience as a means to fully support individuals, families, teams, and communities that are moving toward realizing their potential. She has a passion for including the marginalized. She is leading MRH forward into the future!